Zermatt may not be a world-famous ski resort amongst Average Joes, but for those who spend their free time on the slopes, Zermatt is often at the top of the list when it comes to best destinations. 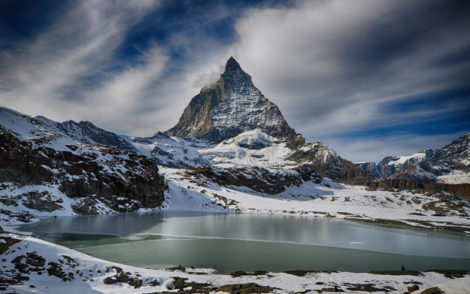 The ski capital smashes records left, right and centre; it is the highest ski resort in Europe, spreads across both Switzerland and Italy and offers snow 365 days a year. The above may have placed it firmly on the snow map, but it’s the area itself that has kept it there.

The Matterhorn flies high above the ski village 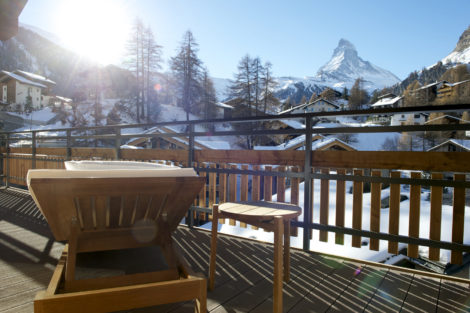 Located in the upper Valais, which is one of the alpine cantons of Switzerland, it is also as well known for its mountaineering on the Matterhorn which towers above the resort. Known as one of the most expensive places in the whole of Switzerland, it is regarded as a luxurious destination that attracts people of all ages to its picture postcard setting. Surrounded by a range of magnificent mountains that really set the town alight, it is Monte Rosa that takes the crown for being the highest. The largest mountain in the country, it battles with the Matterhorn for title of most famous.

Zermatt does its bit for the planet 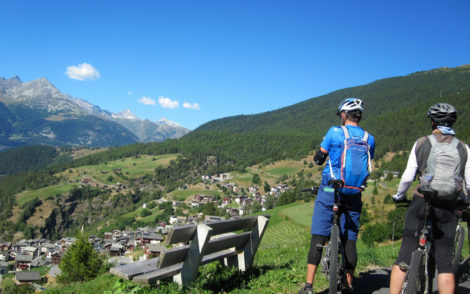 Aside from its spectacular setting, the resort is also famous for its modern-day approaches. The village is completely car-free, aside from and battery-driven taxis and the occasional delivery van to the resort’s shops, restaurants, hotels and bars, meaning it allows the thousands of visitors to revel in its unrivalled peace and quiet, listening to nothing other than the chatter of birds, the buzz of the town and their own thoughts. And what’s more, the crisp, cool air is as clear as can be here, with not a scent of pollution in the atmosphere which provides a wonderfully clean view of the awe-inspiring mountains.

Although the village is dense, it is incredibly small in size. Made up of just three main streets, which run along the banks of the river Vispa, and several cross-streets located around the station and the church which forms the centre of the village, everything is in easy walking distance – which is handy seeing as there are very few cars.

There really is no better place to take a ski vacation 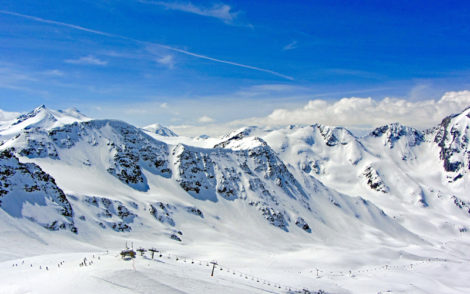 However the thing that has really placed Zermatt firmly in the hearts of keen skiers the world over is its year-round skiing facilities. Artificial snow makes it the perfect place to glide down the slopes in front of one of the prettiest places in the world when everyone else in Europe is feeling the heat. There is usually good natural snow cover in the resort’s ski area from early December, but artificial snow allows most of the mountains to open on schedule no matter what the conditions, while the slopes also stay open all year round on Zermatt’s glacier meaning those looking for adventure have options – not matter what the month. And thanks to the unparalleled offering by Zermatt’s slopes, the village also stays alive all year.

Have you been to Zermatt? Is it one of your favourite skiing destinations?

If you’re looking for luxury chalets in Zermatt, browse our stunning range available for rent. 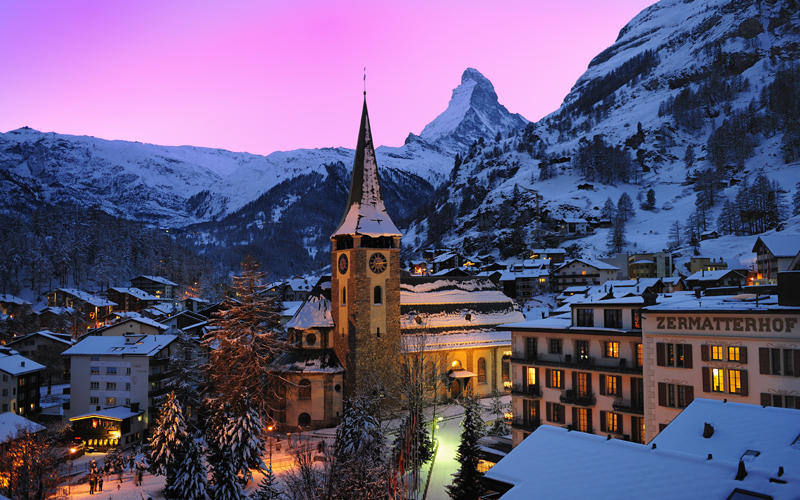 Zermatt in the Swiss Alps 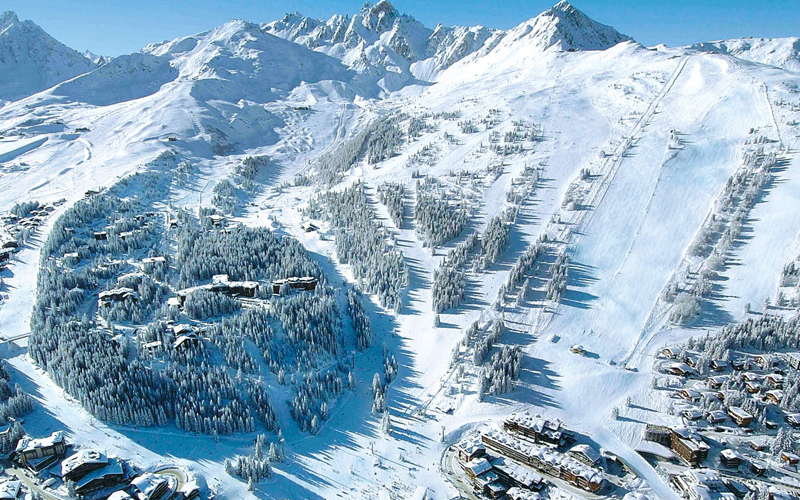 The best slopes in the Alps